This year marks the 9th anniversary of Sievofriends, and almost a decade now of this annual event can conclude that this is not a mere celebration of the year that was, but more so, a great time for customers and partners to share experiences,  and discuss more of what the future holds.

Even when the weather wasn’t really smiling on us that day, one cannot hide the excitement of each and every one, as Mikael Hellström, VP of Customer Relations in Sievo, officially welcomed the guests. 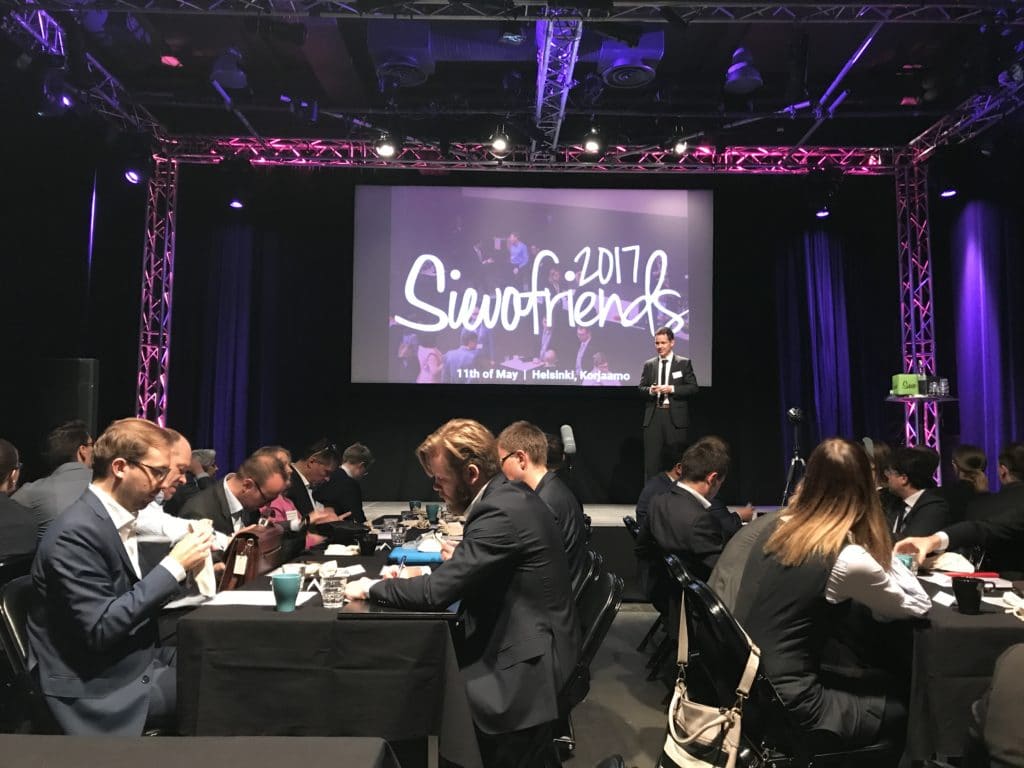 Mikael Hellström, VP of Customer Relations in Sievo, welcomed the guests and gave a few things to note about the event.

Growth. That is where Sievo is headed. CEO and Co-Founder Matti Sillanpää got the event started as he gave his keynote and a glimpse of what lies ahead in the horizon of the company. From 61 to 95 employees in just a couple of years, it’s remarkable to see the possibilities and opportunities that are opening up along with the rapid growth expansion. 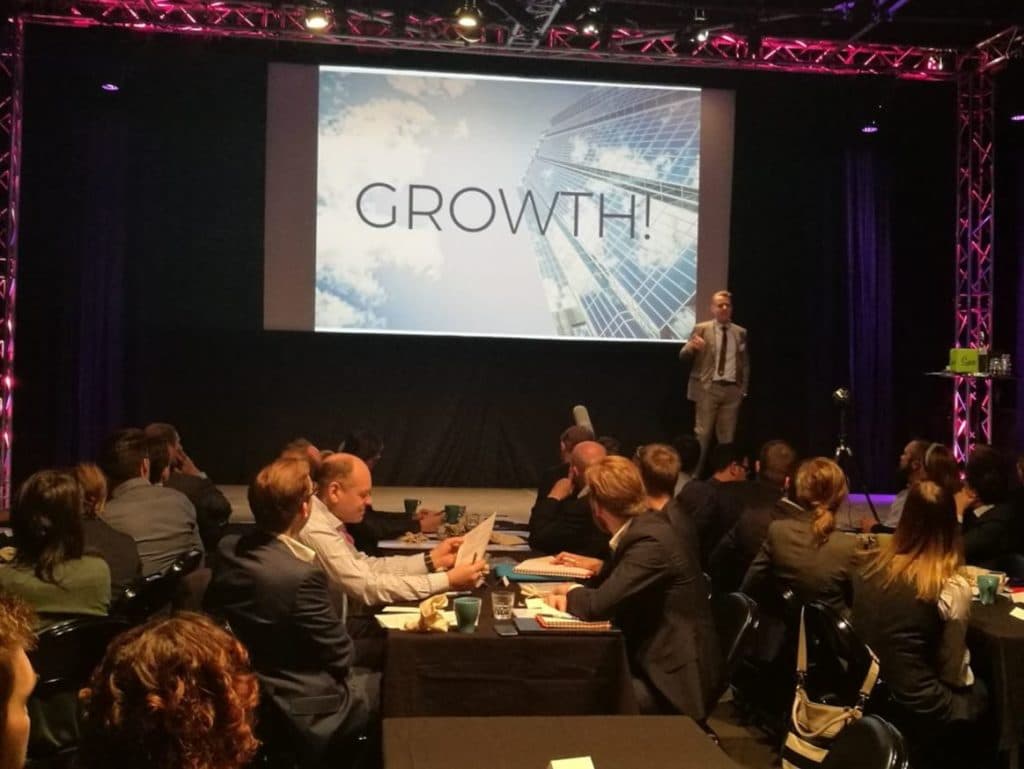 Matti Sillanpää, CEO, Co-Founder, Sievo, notes that the growth of the company wouldn’t be possible without all of the people behind it: Sievonians and the customers

Michelle Palmquist, Senior Finance Director of Kellogg’s Company, shared their story of how Sievo was able to help them realize their goals in Spend Forecasting. She pointed out how data is the real science behind decision, and with more dialogues that are data-driven, facts are readily available for back up resulting to clearer action items. As Sievo is the missing puzzle piece they are looking for, no regrets with the path they’ve chosen to take. Tuomo Vierros, PreSales Consultant at Sievo, demonstrated how the spend forecasting works gave a process overview in spend analysis and reporting, and helped Michelle with the questions raised after the presentation. 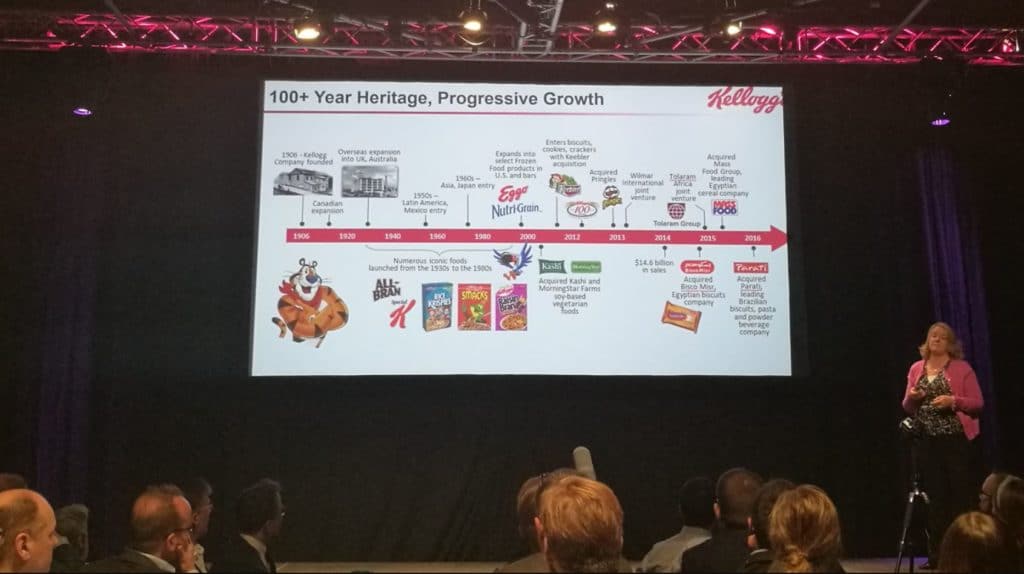 Michelle Palmquist, Senior Finance Director of Kellogg’s Company, briefly shares to the audience the 100+ year heritage of the company.

The Culture of Agility

On a lighter note, Anna Tapiovaara, Head of HR in Sievo, disclosed the secret to the company’s approach to maintaining a culture of agility while utilizing great minds, enabling them to bring growth and empowering them to exceed. It wasn’t an easy track, and proved challenging at first, but the overall results proved that indeed, the key to chaos and uncertainty is transparency. At the same time, taking care of its own people is also one of the key factors in engaging employees. All these and more are enough reasons for the company to bag the award of being a great place to work in Finland for two years in a row now. 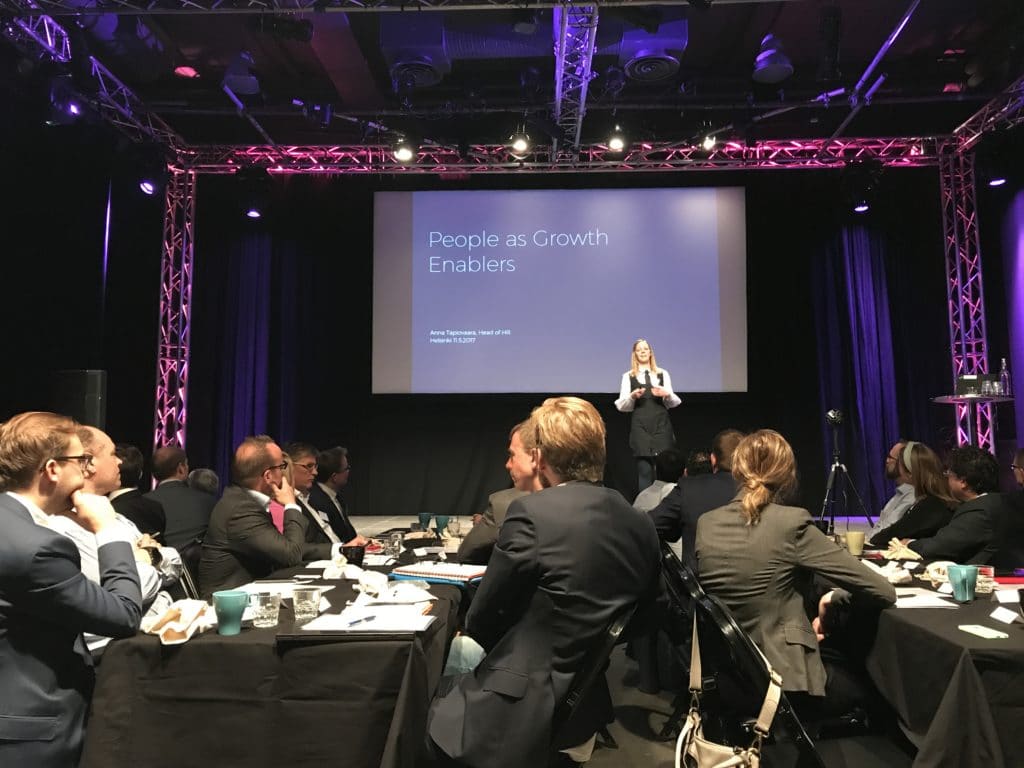 Anna Tapiovaara, Head of HR in Sievo, shares the story behind Sievo’s work culture, and the journey to getting there.

Anna Tapiovaara also adds, ‘If all else fails, just keep planking’, now one of the favorite leisure activities in the office.

Big in a Small World vs Small in a Big World

Next we had Per Røhnebaek, Head of Sourcing Development & Support, and Nils Andersson, Manager Sourcing Development and Support, both in Orkla, take us into their world of Supplier Performance Management, and how getting an insight of how suppliers perform got them ahead of the game and enabled them to focus on what’s really important. Being the largest BGC company in Nordics, from a sourcing perspective, the story is not quite same if you look into the competition. For a progressive company, they felt the need to put a focus more on this, and Sievo’s tool is one of the key enablers for them to be successful in their operations. 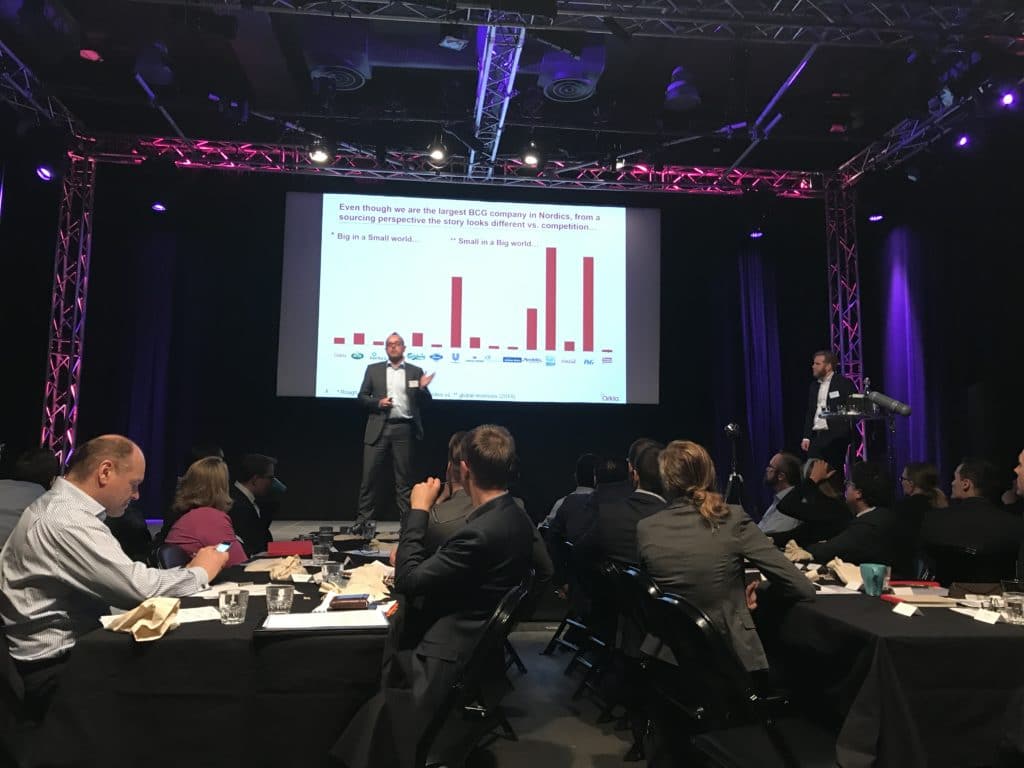 Per Røhnebaek, Head of Sourcing Development & Support, Orkla, says that Sievo’s Delivery Performance Measurement is one of the key enablers to give fact-based feedback to suppliers.

After lunch, the attendees went ahead and listened to the interesting points of Karim Ouali, Head of Process and Program Efficiencies, Group Procurement in Deutsche Telekom AG. He wanted everyone to know the right motivation to answer the question of what to do in the future. Overall happy with Sievo, the people and project approach, he noted that data is the resource, and smart data is key for cognition. 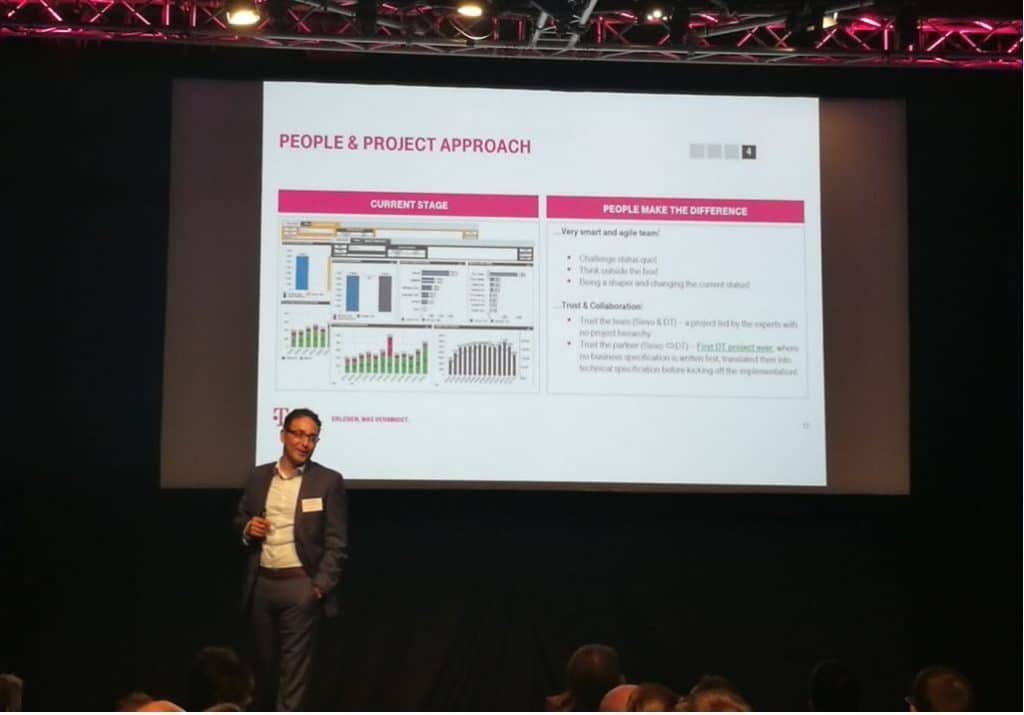 Karim Ouali, Head of Process & Programme Efficiences, Group Procurement in Deutsche Telekom AG, explains that one of the key factors in their success in the People and Project Approach, of which Sievo prove to make a difference.

Data is the New Oil

To keep the attendees wanting for more, Sammeli Sammalkorpi, VP Sales & Marketing and Co-Founder of Sievo, gave a sneak peak of what to look forward to advanced procurement analytics, and that a lot of focus in the company right now has been on developing spend forecasting capabilities. Sievo is now aiming to push the boundaries of procurement analytics by using Big Data in BI in bridging it to the human inputs, decision and action, while empowering the users to correct the classification and provide the feedback. 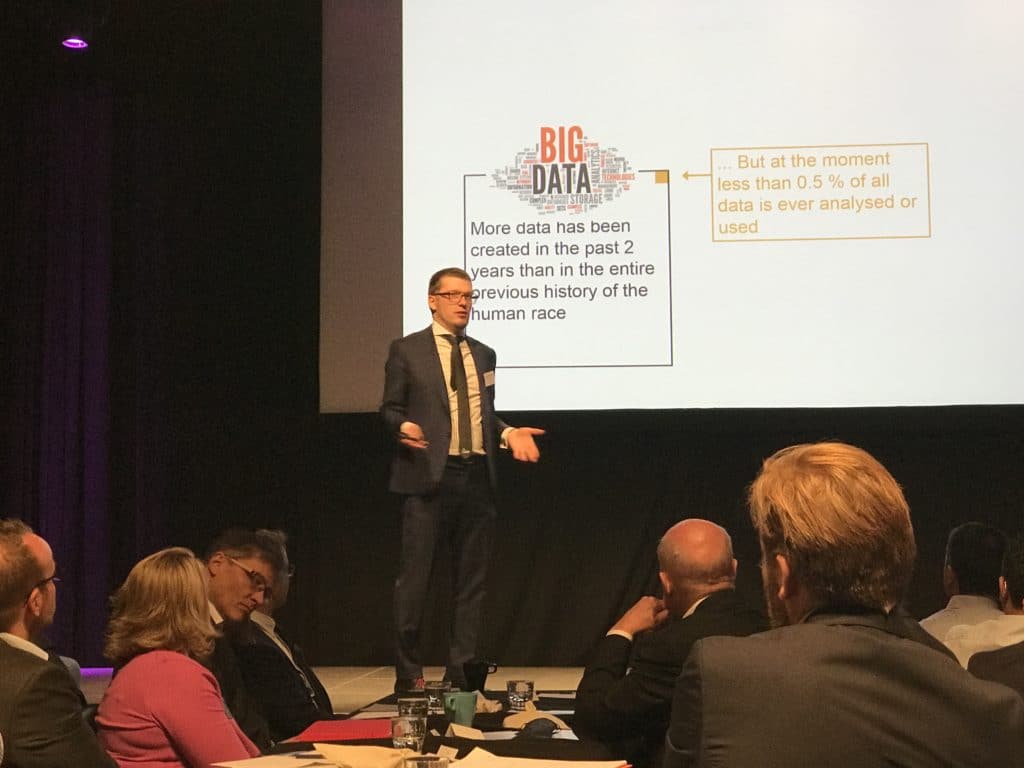 Sammeli Sammalkorpi, VP Sales & Marketing, and Co-founder of Sievo, tells us of what Sievo is doing to exploit opportunities of Big Data for Procurement.

A topic about realized savings measurement and its visibility was then discussed by Pekka Aavikko, CPO, and Larissa Haspel, Purchasing Analyst and Project Manager, from Dometic. The importance of transparency that Sievo was able to provide was emphasized more as it gives credibility to the whole procurement process. It has been a clear route as part of their top management reporting as they were able to successfully integrate realized savings as opposed to just the claimed savings that lack visibility. 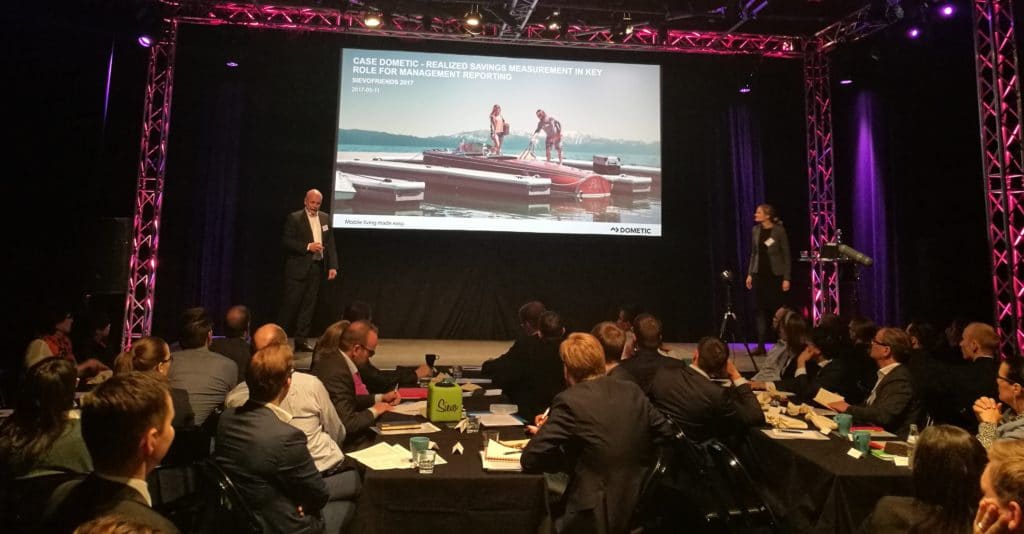 Pekka Aavikko, CPO of Dometic, tells that it is now a clear route and feels lucky to have Sievo to help them.

It sure wasn’t the usual boring afternoon end-of-seminar feel for everyone, as Bruce Oreck, Former US Ambassador of Finland, wrapped it all up with a stimulating talk which most start-up companies would be interested at, or what most companies should take into consideration with regard to branding, business expansion to the US, and the importance of customer experience. Such interesting thoughts to ponder were raised in the 30-minute presentation, as he challenged everyone with what their branding is all about. He noted that the key to success is ultimately the quality of customer experience matching or exceeding the quality of the product. The customer is not the product, hence the product is the customer. And with Sievo, needless to say as this is backed up with such amazing list of clientele, customers are definitely buying the customer experience.

Bruce Oreck, Former US Ambassador of Finland, says that brand is what allows you to rise above the noise.

We’re big fans of small group discussions and one-to-one meetings, as it’s a great way to get to know more about the customers, and the potential ones. These happened in the afternoon over coffee break, packed with the latest best practices and cost-cutting strategies among customer care managers and clients. It is important to note the highlights of the events, but more than that, was the opportunity to talk with the customers of Sievo, and what they’ve accomplished, saved and gained, by starting their spend management journey with the company. 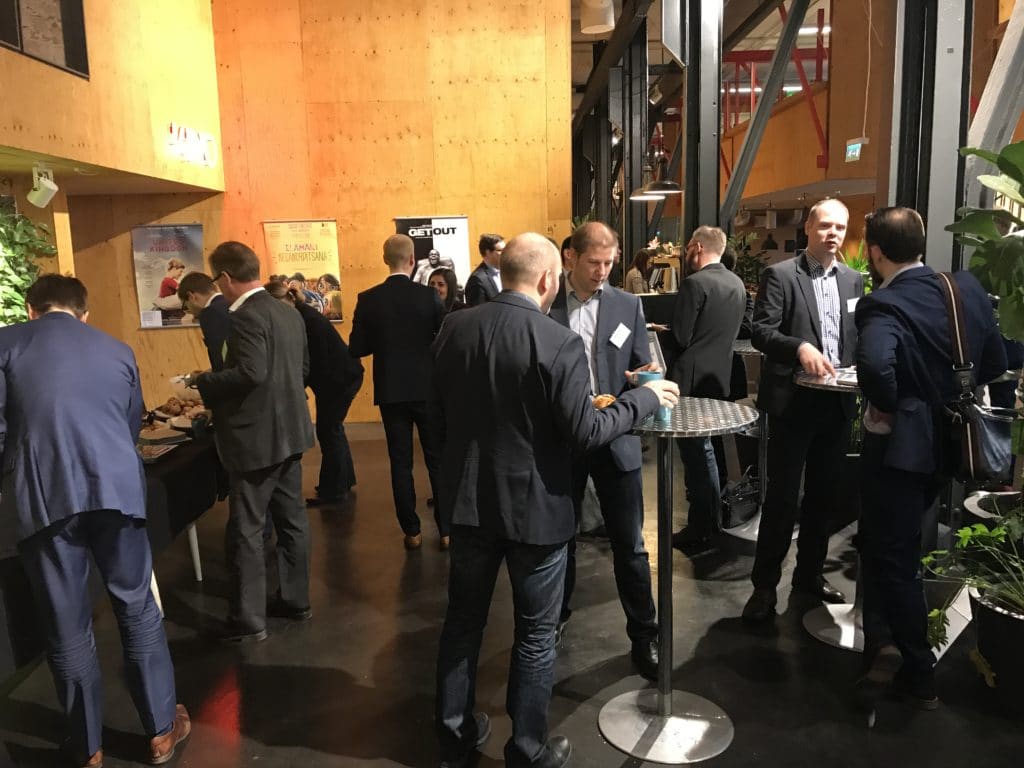 One on one meetings during the coffee break with the customers of Sievo, always a great way to network and learn.

Interviews were also conducted by Lari Numminen, Head of Marketing and Communications in Sievo, to share best bractices and overall experience with Sievo.

As a bonus, guests were able to experience four seasons in one day. A short walking tour was organized by Lari Numminen, Head of Marketing and Communications in Sievo, as the attendees were taken out for a brief sightseeing trip around the city, before heading to the dinner in Restaurant Töölönranta.

Join us next time. Laugh. Learn. Get inspired. And if you’re lucky enough, get snow in May. 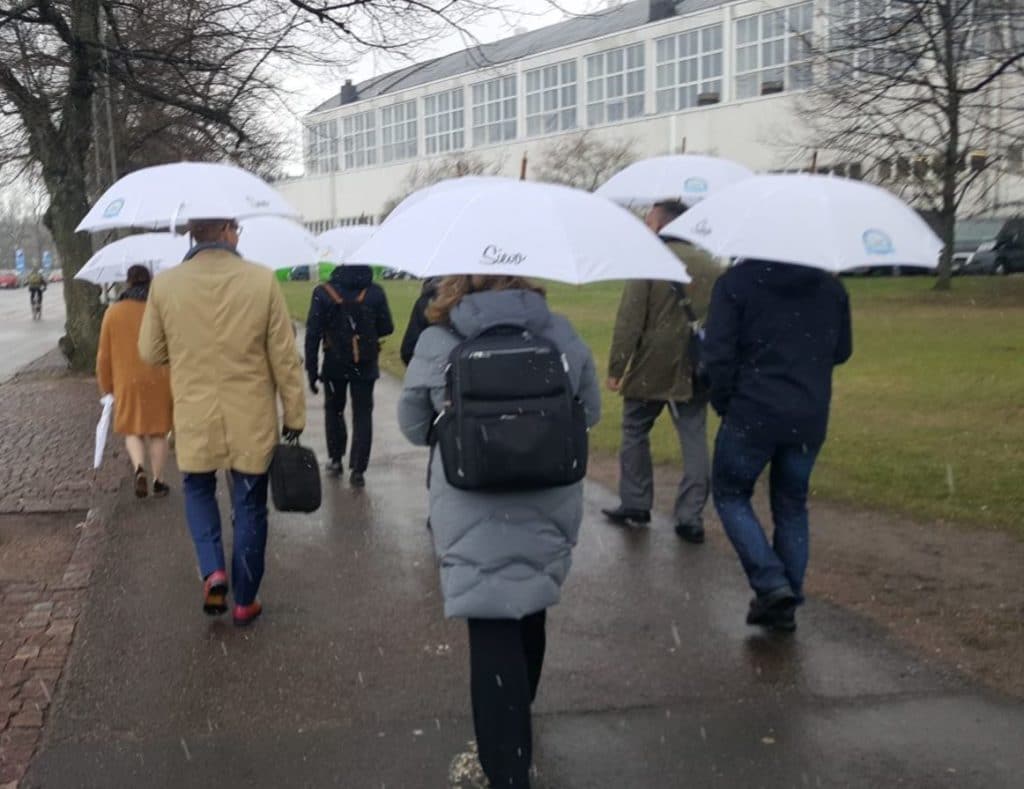 Snow in May. Welcome to Finland. And yes, as always, Sievo is ready and got that covered.

Here are more photos from the event:

Companies respond differently to crises depending on their past experiences and level of readiness for a disaster. Even when business continuity plans are in place it’s common for people to feel anxious and avoid making decisions. Do they employ fight...

Just another day in March at the office. We were happy to have just finished the International Women’s Day 2020 video when suddenly we heard that the COVID-19 pandemic had officially hit all the world, that from the next day the whole office would...