As the original co-founders of Sievo, Sammeli and Matti have held many roles over the past 16 years and job rotation keeps things fresh for everybody. "We've long advocated the idea of a career playground, where Sievonians open-mindedly explore new skills and roles. I'm excited to next contribute as our Group CEO" says Sammeli Sammalkorpi. 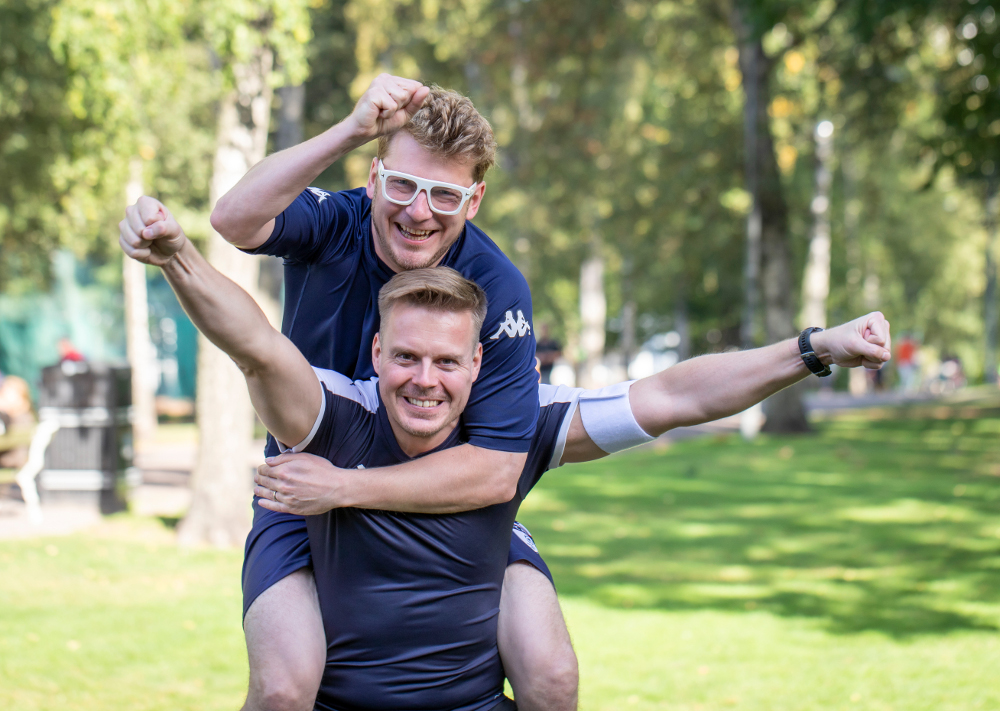 There is no drama involved in this change and this is not the first time the CEO position has been changed between our two co-founders.  “I have been the CEO for Sievo for over 5 years. When I took the position in summer 2014 we were around 40 Sievonians, now there are over 160 of us!" shared Matti Sillanpää, adding "it has been a pleasure to serve as Sievo’s CEO during our rapid growth the past years, but I am really excited to take a more hands-on role for a change!”

Matti Sillanpää will take on the role of Product Manager for Spend Forecasting - an advanced procurement analytics solution enabling procurement and finance teams to predict and influence profitability.

Sievo FC has a new club captain and chairman

The change in Group CEO will take place at the beginning of 2020. “This is very exciting time to start as Sievo Group CEO. Analytics and data revolution is taking place in procurement, and Sievo is spearheading that change. I very much look forward to be part of the Sievo family in making an increasingly significant impact on procurement.”, states Sammeli Sammalkorpi.

In times like these, agile company culture is needed more than ever

During the past week, we at Sievo have been doing what we can to stop the spreading of the Coronavirus. This has included everybody moving to remote work. Usually most of us work closely together at our office, and visit customers on site, so this is a...